Omaha, NE – Two very close races for the Nebraska Legislature appear to have finally been decided. The races for District 8 and District 10, Omahaâ€™s Benson neighborhood and northwest suburbs, were too close to call until late Friday, Nov. 12. 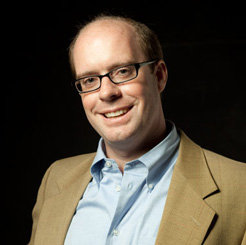 In the northwestâ€™s District 10, Republican Bob Krist was the incumbent. But he was appointed to his seat by Governor Dave Heineman, so the race was his first campaign, and it was surprisingly close, he said. Â His opponent, fellow Republican Tim Lonergan led the first count by 30 votes, but provisional and early ballots gave Krist the win by a slim margin of 55. Krist said the extraordinarily tight race will not change the way he runs his office. He was appointed with the confidence of the Governor, he said, who trusts his judgment.

â€œEven though the margin was only 55 votes, that confidence is restored from the voters,â€ he said, â€œand I will always stand up for what I believe in.â€ â€œWe have some big challenges, and those challenges include deficits that need to be looked at closely. I think we can trim more out of the budget. So Iâ€™m eager to back and continue the work.â€

Krist and Lonergan did not have stark differences between them. Although Lonergan placed more emphasis on cutting taxes, Krist said he is adamantly opposed to tax hikes, and framing him as softer on that issue, he said, was a false message of Lonerganâ€™s campaign. But in District 8, Omahaâ€™s Benson and Dundee neighborhoods, the candidates were further apart. Democrat Burke Harr won by a margin of just 156 votes over Republican and Tea Party supporter John Comstock. Harr said he ran the race on his ideals, but now itâ€™s time to represent all of his constituents.

â€œThereâ€™s a great quote that says you canâ€™t love your country if you hate 50% of the people, and thatâ€™s kind of how I plan to run my office, representing the whole 100% of my constituents.â€ He added, â€œPeople are tired of government gridlock, and they want to see action. They want to see people running government more as a business, taking some of the political infighting out of the game.â€

The biggest challenges facing the Senator and Senator-elect, will be figuring out how to plug a budget shortfall that just climbed past $1 billion. Krist said he will be focusing on ways to reduce the size of government. While Harr agreed, saying all options are on the table, but only when it comes to spending and service cuts, noting the Governor has promised to veto any tax hikes. Harr said those cuts could top $1,000 of service reductions per Nebraska citizen. The Nebraska Legislature will tackle that likely unpopular problem when it reconvenes in January.

*note: These results are unofficial tallies from the Douglas County Election Commission, and still need to be certified by the Nebraska Secretary of State’s office.